Who said that fish was yours…

Who said that fish was yours… 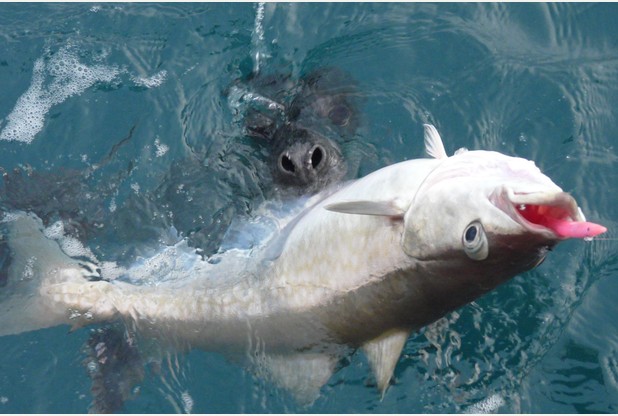 It isn’t often that you get the fish to the surface, relax a little as you start bringing it in… to then have something else make a claim on the fish.

ANGLERS out with Dartmouth skipper Owen Mallia had competition from an unexpected source during a trip over the mid-Channel wrecks.

Owen Mallia, a Dartmouth Skipper had a party on board his Outlaw looking for winter pollock. The fish were there – but so were a pack of hungry seals.

On their second drift Tim Smith from Dawlish instantly hooked a decent fish and as he was slowly gaining on the fish he saw a  beady pair of eyes and whiskers right behind it.

I would have loved to have seen that 🙂